For one more year the Pangregorians shined. At the Venetian Hall, the Annual Charity Gala was impressive. At the cocktail hour, there was no food we could not try. Piles of lobsters, next to sculptures of ice with the logo of the Pangregorians. Steaks, full roasted pork, red snappers, drinks and luxury.

The absence of the core member Mr. John Sakelaris this year was evident. His immediate family, due to grief didn’t participate in the event. But his nephew did, and gave a charity check to a hospital. His niece sang a song for him after singing the national anthems. A slide show of pictures of the recently deceased member, John Sakelaris, was an indication of the fellowship between the Pangregorian core members.

The main theme of the event was the honoring of Saint Basil’s Academy and father Constantine L. Sitaras. Children from the orphanage came to the venue. 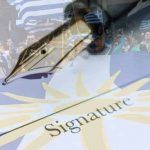 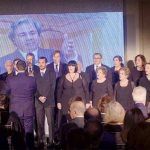 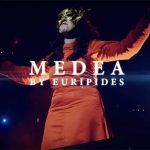 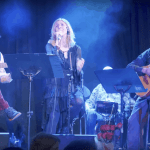 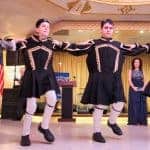 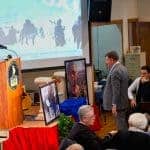 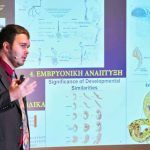